What's the best way to keep pests out of my home?

In the classic 1995 comedy, "Houseguest," stand-up comic Sinbad plays a con man on the run from Mafiosi to whom he owes money. To lay low until the heat's off, Sinbad poses as a long-lost friend to an unwitting suburbanite played by the late Phil Hartman, moving in as a houseguest. Hilarity ensues as Sinbad charms the family with his antics. He goes from welcomed houseguest to unwelcome house pest, once the Mafia men located him at the family's home [source: Rotten Tomatoes].
Pests of the insect and rodent variety aren't always quite so obvious; however, they can be just as irritating. After all, what's worse than waking in the morning and finding that a tick has burrowed into your skin or that a rat has eaten all of your cereal? 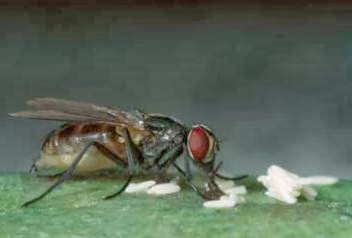 There are plenty of ways to rid your home of critters -- from raccoons to cockroaches -- once they've set up house in your domain. Exterminators appear to be the preferred choice among Americans: The pest control industry in the United States pulls in about $7 billion in combined revenue each year [source: Hoovers]. While exterminators usually come armed with poisonous chemicals that are deadly to pests, these chemicals can possibly be harmful to you. One 2003 study by the Centers for Disease Control (CDC) found that the average person has at least 13 different pesticides in his or her body, some of which have been linked to health problems like cancer and nerve damage [source: CDC].
But what alternatives are there to pest control? Aside from calling in the exterminator, how can you keep pests out of your home? Actually, a green alternative can be the best course of action. Learn about a very green way to keep your home pest-free on the next page.